You cant always be there, but we can

What Happens When Our Elders Watch TV All Day?

Watching TV is easy. Onscreen virtual reality effectively keeps both the young and old occupied and visually stimulated, so much that it has long become a nationwide pastime, if not the most popular one. But does this casual, fun activity come with strings attached? After all, how bad can streaming Teletubbies or those flashy infomercials be?

It turns out that sitting and binging TV shows for five hours or more (which roughly translates to five episodes) per day can lead to fatal blood clots. For the elderly, the destructiveness tends to be even worse. This correlation is similar to that observable between in-flight entertainment and pulmonary embolism; not standing up, not drinking water, and not moving seem to add up to spell blood flow trouble. The perils remained the same even in Japan—well-reputed for the longevity of its senior population; the Japanese Collaborative Cohort Study found that fifty-nine deaths resulted from pulmonary embolism. Participating in sports, increasing heart rate, and—perhaps most importantly—limiting TV viewing time are some strategies to counter such dangers. 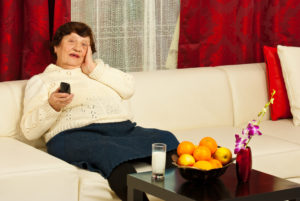 Although documentaries and educational content abound today, one of the main reasons people flock to the TV screen is relaxation. Reality TV, celebrity gossip, and vapid entertainment only require that we fix our gaze at the glowing colors and laugh along. Unsurprisingly, persisting in this passive, unthinking, and unchallenging mode slows down our ability to recall memories. The English Longitudinal Study of Ageing reported that watching more than 3.5 hours per day was linked to a decline in verbal memory, most acutely in those who displayed higher cognition beforehand. So don’t flip to that channel with those petty catfights or ugly brawls; instead, consider reading thought-provoking and high-concept material with your elders, as it pushes our minds to crank the gears of our imagination. 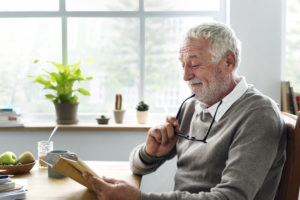 The absence of intellectual workouts reinforced by mindless TV not only rots our critical thinking and memory, but also inevitably our social skills too. Private binge-watching can rob opportunities for communal watching, and can isolate us away from tight-knit friendships and affirmation. Instead of turning to TV, we can turn to our peers; playing golf is an excellent way for elders to stay physically active and exercise friendly competition. In the case of the viewer who has obesity from binge-watching and has trouble moving, television addiction is not only a distracting hindrance to social interaction, but a physical one; however, regularly oxygenating the brain by going on a simple stroll can go a long way in crushing that couch potato inside all of us. 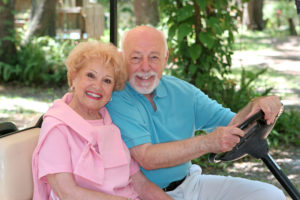 Being bombarded with promotions of all those unhealthy food products is unnecessary, and diverting our attention from vapid entertainment is avoidable. At the same time, trying to incorporate every healthful strategy simultaneously is not only exhausting, but also often ineffective. Thinking through each one carefully and applying it creatively and in a fun way, though, can spruce up your daily activities. Let Home Instead Senior Care help you decide those strategies!

Health Benefits of Swimming for Your Elderly Loved Ones

Theme by Anders Noren — Up ↑