You cant always be there, but we can

How to Lower the Risk of Dementia

There is a list of general advice that emerges from reading about dementia prevention. Many know the drill: constant exercise, nutritional diet, and abstinence from smoking. But the specifics can get fuzzy; what does “constant” exercise look like? Is it a daily thing? Is it perhaps a weekly thing? Or maybe it’s even hourly. In addition, excusing laziness and not adhering to these rules becomes terribly easy in the hustle and bustle of life. And after a while, the effectiveness of those vague listicles fades. So below are some specific examples to help: 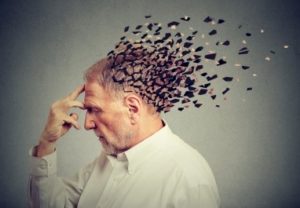 The ravages of dementia.

BETTER: Face your fears. Make new friends. And we can do it together.

What does “healing from depression” look like exactly? Is it taking antidepressants until one feels better? What about the side effects? And what about the side effects of those side effects? Thankfully, there is one suggestion that has stood the test of time: “Face your fears.” Of course, contextualization is important here. This doesn’t mean “Go endanger your own life by wrestling with the Nemean Lion”; it means getting out of one’s comfort zone and attempting some derring-do. What better way to snap out of a slump than to be exhilarated by surviving that ‘nightmare scenario’? So go strike up a conversation with that “unapproachable” neighbor. Go mingle with those nerds from that photography club. Be reconciled to that estranged family member. You’re in for a surprise! (Social isolation is not just linked to dementia and depression, but also chronic illness and early mortality.)

Better: Reduce the use of immobilizing devices.

High blood pressure (hypertension) can lead to the narrowing or bursting of blood vessels. And, it is this reduction of blood flow that is detrimental to the supply of oxygen and can, in turn, lead to the blockage or even death of brain cells. The affected person may experience trouble with communication, memory, or speech. Because obesity can increase blood pressure, it can also bring about vascular dementia (a type of dementia in which the patient has trouble making judgments, recalling things, and other mental activities).

So what is the guideline for combating obesity? Well, it would include a nutritional diet, of course. But it also means ditching sedentariness-encouraging devices like those hoverchairs in WALL-E that perform nearly every task for you. It means taking the stairs instead of the escalators, walking the bike instead of riding it, and sleeping right.

Better: Join our acapella group. Let’s listen to this physics-themed podcast together.

The assumption in that first bit—“do sudokus or suffer dementia”—is not only hackneyed but also has been debunked; doing crossword puzzles and sudokus had been thought to stop cognitive decline. While it may give a headstart of sorts, it apparently cannot actually deter deterioration.

But that does not mean keeping the mind active is unnecessary. Dissect that movie that has a convoluted plotline. Memorize that Shakespearean sonnet. But if film analysis and iambic pentameters are not one’s specialties, that is no problem at all. Music is another great way to achieve that same goal. In fact, because music enables the simultaneous use of various parts of the brain, it apparently prolongs the period for which even those with dementia can retain their linguistic skills. 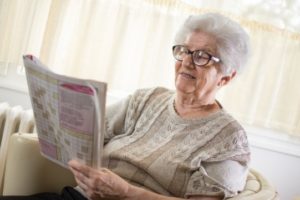 “Knew it. Never touch the sudoku!”

Better: We can be your accountability partners. Call us whenever.

Although one of the most preventable causes of early death, cigarette or tobacco addiction is yet a stronghold in the lives of many. Smoking can lead to chromatic pulmonary diseases, asthma, coronary heart disease, strokes, lung cancers, and more. But, temptation can make one believe all sorts of lies; one can believe that a moment of fleeting pleasure is worth suffering all these things. And isolation only makes temptations easier to fall prey to.

One helpful way to quit smoking is to form an accountability group that is full of immovable members who are committed to being vulnerable in the presence of all. And don’t forget to celebrate all the victories over temptations along the way, of course.

Better: I made this fresh-squeezed fruit juice. Want some? It’s way better than booze.

Even better: I have a new recipe. These new berries and tuna salad are the bomb. I can cook these for you whenever. It helps lower your cholesterol.

This one is similar to #4. Accountability and unconditional love go a long way.

Better: Let’s do the floss dance. And then do some gardening.

Research shows that those who are frail are often more prone to falling prey to dementia. But not everyone is a natural gym rat. And even for the overachiever, exercising is an acquired taste. Imposing this way of life on those who are wheelchaired or have arthritis-ridden joints will not be easy. But with unconditional love and whispers of encouragement, many can conquer mountains. Exercise, when done right, not only lowers cortisol levels (often indicative of stress) but also releases endorphins (analgesic hormones).

Switching up a regimen or two can also make things more adventurous. Try cycling for a change instead of jogging along that same route. And perhaps for starters, aerobic activities such as gardening or dancing can suffice. Playing “The Floor Is Lava” with grandchildren may also be a fun switch of pace. After all, it’s like slow parkour! 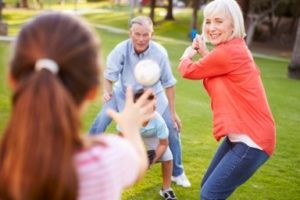 “I shall deflect you, dementia!”

3 Tips to Improve Your Memory

Tai Chi: A Low-Impact Exercise with Proven Benefits for Seniors

Theme by Anders Noren — Up ↑